Will Northumberland Miss Out on this Golden Opportunity? County Councillor Susan Davey 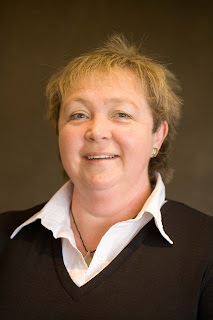 Today the Scottish Executive decided to increase the cost of alcoholic beverages to a minimum of 50p per unit. SNP Health Minister Nichola Sturgeon announced the rise in order too tackle Scotland’s binge drinking epidemic, which costs Scotland’s economy around £3.6 billion per year.


This will make the basic price for a bottle of wine in Scotland about £4:70.

Tourism into England has an opportunity to grow second to none as those travelling North across the border and those who require right price alcohol from Scotland call into our towns to stock up their cellars.

They also believe it will be much harder for David Cameron to introduce the minimum charge in England as the English Brewers and Supermarkets would hate to see their 'off sales' trade slip away to Calais and the cheap booze supermarkets surrounding the Channel Tunnel.

Labour Group Economic spokesperson Councillor Susan Davey said "By not setting aside an adequate advertising budget to promote travel and shopping in Northumberland to the Scots, the County may miss out on this golden opportunity". "Shops in Berwick, Alnwick and Morpeth with easy access to the A1 should be preparing to accept a huge increase in Trade, but I expect without an advertising campaign Carlisle with its easy motorway access will win this race".